What if Maths just isn’t your thing? 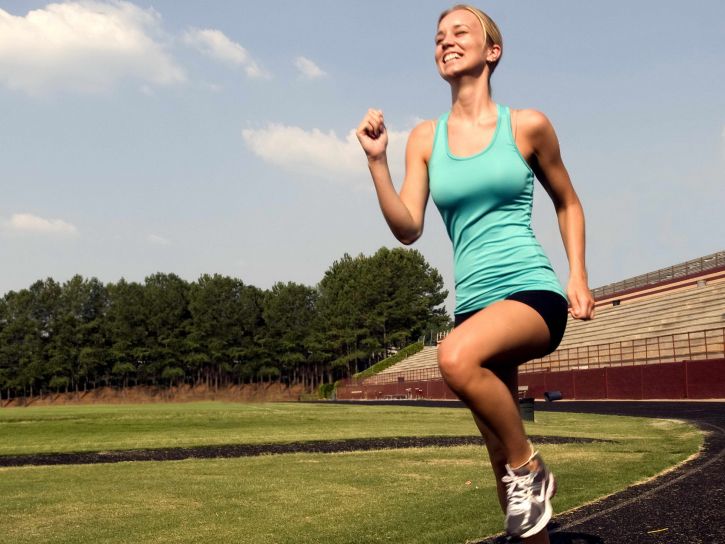 What if Maths just isn’t your thing? What if you can’t help but mumble “ugh” whenever anyone mentions Maths?

We all do things that aren’t our “thing” for all sorts of reasons – I suppose that’s just life. Let me tell you something: Even though people will see me jogging from time to time, jogging really isn’t my thing. I mean, really not. Then why do it? Because it burns calories, which makes me feel justified in eating chocolate and pizza and burgers every now and then. Besides, it’s something my husband and I do together. Well, sort of. Actually, we only start off together. After that, he is the proverbial hare and I’m the tortoise watching the hare nimbly sprint away while doing its best to trudge along.

We’ve all seen runners on the side of the road effortlessly giving long, easy strides, looking as if they could run the length of the continent without giving it a second thought. That’s my husband. On the other hand, we’ve also all seen that sorry sight of someone only just managing to put one exhausted foot in front of the other, thinking, Siestog shame, that doesn’t look like fun. Is she all right? She certainly doesn’t look all right. She’s going so slow, she’s almost going backwards! Yup, that’s me. Running never gets easy for me and I always feel like I’m not going to make it home.

In the TV series Desperate Housewives, Gabrielle Solis (Eva Longoria) often goes for a run in some chic tracksuit and always comes home looking as fresh as if she just went for a leisurely walk in the park. Now, I used to image myself looking like her when I run: lean, chic and energetic yet elegant. No sweat, face always looking as if it has just been made up, all lovely in a figure-hugging tracksuit, running along effortlessly. Then I once made the mistake of glancing at a reflective window while passing by and, boy, did I get a fright. What I saw can only be described as an exhausted turkey slowly shuffling along, seemingly on the verge of collapse. Whatever hair was not plastered to my red face was all over the place. Not a lovely picture at all. Those reflective windows are mean.

But, despite all my hardships on the road, I do feel like yelling Whoo-hoo! when I get home from a run, even if it’s just to celebrate the fact that I survived. I tell myself that however slow I go, it’s still better than sitting on the couch and doing nothing.

Some things are fun and others aren’t. But knowing that those things in the second category have been done anyway can be a really nice feeling. With these things you certainly don’t feel like yelling Whoo-hoo! while doing them, but afterwards you feel so very proud of yourself for sticking it out. And that in itself is definitely a Whoo-hoo! moment.

I believe that reflective window which shattered my Gabrielle Solis image into a thousand miserable sweaty pieces is much like a Maths test or exam. You’ve studied hard, you’ve done your best and then that test or exam comes and shatters your self-image and self-confidence in one harsh blow. It feels really awful, it’s not fair and you often feel like just giving up. But remember why you are doing it in the first place. Maths opens so many doors. Even though you might think that you definitely won’t need Maths in your future, chances are that you actually might need it sooner or later. Maths is really important. (There’s plenty to be said about why exactly Maths is so important, but I’ll get to that another time.)

Remember, even though a test or exam (your reflective window) might make you feel like a turkey, that’s only an illusion. It’s not the truth. We’re not turkeys; we are winners. We have perseverance and pluck, and that’s something to be proud of. Just having the courage to take Maths and the drive to persist makes you a winner. Whatever your marks in Maths might be, it is still better than not taking Maths.

Join me in staying strong, finding our own Whoo-hoo! moment in even the hard stuff (even if the Whoo-hoo! only comes after we’ve done something hard) and never giving up – because in the end these things are good for us.