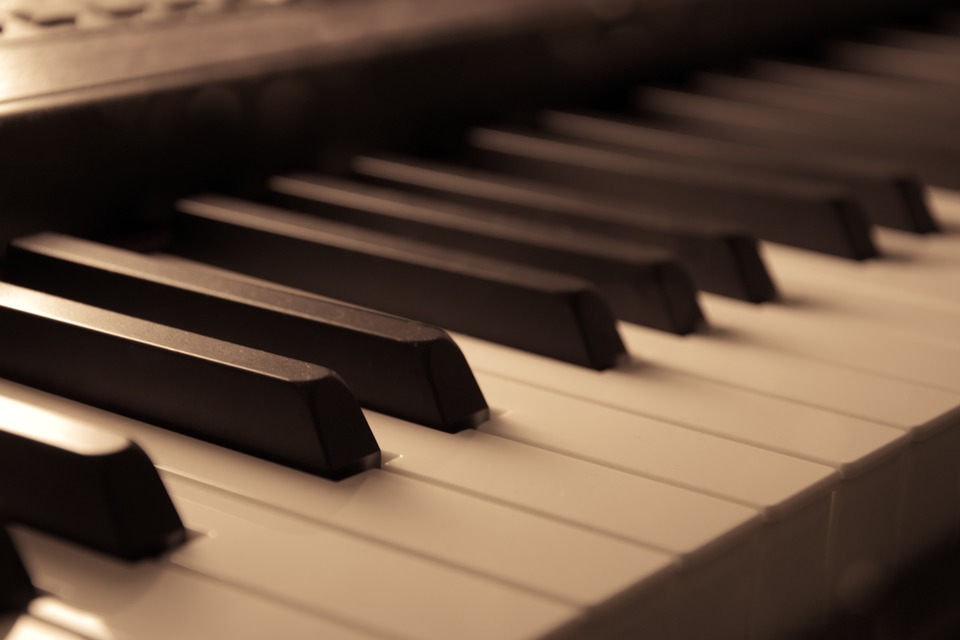 I used to drive my high school piano teacher nuts. I never practised enough to produce a reasonably musical set of sounds, which must have been nerve-racking for a sensitive, highly musical soul such as him. (Just to give you an idea, he would have become a concert pianist had he not broken a finger as a student.) He smoked heavily and now that I think of it, I certainly played my part in his becoming even more of a chain smoker than he’d already been.

I took music as a school subject up to matric, even though no one would have made the mistake of calling me a musician in any sense of the word. Chopin would have fainted if he’d ever been unfortunate enough to hear me attempt one of his compositions. The thing was, I loved listening to music and I thought taking music as a subject would be a perfect way of avoiding some theoretical subject for which I would have to study for hours.

A few months into my grade 11 year, my music teacher had had enough. He just couldn’t take the hesitant, distinctly unmusical, discordant sounds I produced during lessons anymore. He instructed me to return to school every single afternoon from Monday to Thursday to practise piano from 14:30 to 17:30. In case you haven’t noticed, that is three hours per day. Three hours without taking a break. And mind, he came to check on me whenever the piano became quiet for longer than half a minute. His classroom was two small rooms away from the one I had to practise (or rather suffer) in. So I had no choice but to practise and practise for literally hours on end.

Soon after that, I had the misfortune of playing the flag song, the anthem, the school song and a hymn at school assembly – all without sheet music. None of my three highly talented fellow music students were prepared to do this without sheet music in front of the whole school consisting of nearly 1 200 learners and more than 60 teachers, but one of us had to. Foolish as I was, I decided to save the day. I decided that sheet music was for the birds and I could do this without having a few pieces of paper before me. I had been practising piano every day for more than two weeks, after all. So I marched up to the grand piano on the stage, where I sat in clear view of absolutely everyone. When the headmaster took his place, everybody became quiet and I started playing as the national flag was brought in. The first couple of chords went rather well and I was just congratulating myself on my success when things started going very, very wrong. All of a sudden, the keys seemed to have moved to all the wrong places and my fingers suddenly didn’t have a clue what to do. I was blindly reaching for keys, hoping they were the correct ones, and cringing when they clearly weren’t. Horrible sounds billowed from the stately grand piano like smoke. I just plodded along, desperately trying to reach the end of what should have been such a proud song. It was an absolute disaster. And don’t think it went any better with the other songs – it didn’t. When a well-meaning teacher told me afterwards that she thought I was very brave for stepping up to do what I did, my only thought was that bravery sucked when you ended up making a complete fool of yourself in front of literally the whole school. And I succeeded in doing that last part extremely well.

But I didn’t give up. I was determined to play the Grade 8 Unisa piano exams and so I kept practising three hours a day and gradually started practising more and more over weekends as well.

Months later, I overheard a classmate of mine (yes, one of my three highly talented fellow music students) telling the others, “Wow, I didn’t know she could play like that.” Well, I didn’t, either. I felt so proud. My fingers weren’t stumbling along the keys anymore, desperately trying to find the right ones in a maze of black and white. Instead of the disharmony I once produced, I was finally starting to make music – real music, which someone actually liked.

In my matric year, I finally played the Grade 8 Unisa exams. Not only did I pass – I passed with merit. And at the end of matric, I got an A for my end-of-year piano exams.

I am certainly not the only one who ever wished to succeed in something they don’t necessarily have a talent for. Just like I struggled with piano, lots of learners are struggling with Mathematics. Those who need to succeed in Mathematics in order to be accepted for some university course, or for whatever other reason, don’t all have a talent for Maths. But just because you might not have a special talent for Maths, it doesn’t mean you can’t do it.

Some insightful person once wrote, “Hard work beats talent when talent doesn’t work hard.” I do believe this is true. No matter how talented one is, if you don’t do anything about it, nothing much will come of this talent. In order to succeed, one has to work hard and persevere – it’s as simple as that. It’s not always what we want to do, though. Of course we’d rather hang out with friends or play rugby or hockey. That would be much more fun. But you need to ask yourself whether you actually want to succeed or not.

Once you’ve decided to go for it, just remember, the road to success can be quite hilly. Sometimes you’ll struggle on your way up. Hard work and perseverance aren’t all fun and games. Sometimes you might fail even though you’ve worked really hard. At times, you might feel so disheartened that you just want to give up. That is normal. Just keep you chin up and keep going. Don’t ever give up. Swallow your disappointments along the way, learn from your mistakes in tests or exams and keep working hard.

If I could do it, anybody can. Just go ahead and do more